Retaining staff in the Great Resignation

Retaining staff in the Great Resignation

The Great Resignation is a term that has been flying around various blogs, newspaper articles and Google searches over the past year.

It was coined by Dr Athony Klotz, and referred to the significant number of employees expected to leave their jobs during or at the end of the pandemic, particularly in the US. The trend is borne out in figures in the US, and has made the jump over to the UK too.

But what does a pandemic have to do with employees resigning en masse? Let’s look at what factors are behind this term in the first place. 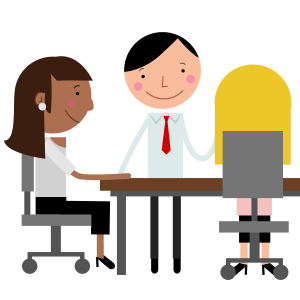 The pandemic and work

The pandemic and lockdowns put a pause on nearly everyone’s life in some way. If you were working from an office, you were ordered to work from home. Hospitality or events? Furlough. There were some exceptions. The NHS was stretched hard, retail in some instances were essential, and there has always been a constant need for care. However, all sectors were impacted massively by Covid in one way or another.

For most people, there was more time to pause and reflect. Companies who may have had little experience in home working had no choice but to adapt. Some had to go through massive changes, while for some it meant a few slight tweaks.

Working from home before the pandemic was on the radar for many workers, but it was the exception rather than the norm. If you were in the office, you were at an advantage. You were privy to meetings in person, casual catch-ups and watercooler chats. Documentation tended to be weaker – why would you need up-to-date records if you can just tell a colleague something?

With the pandemic, everyone was on a level playing field. Meetings all on Zoom or Teams. Information sharing had to be tightened, and communication had to be on point to keep teams performing at their highest level.

Home working didn’t suit everyone, and the feeling of being stuck indoors was more pronounced as nobody was able to go out and socialise with friends and family. Despite this, many people embraced homeworking.

Gone was the commute sitting in traffic or paying for expensive travel. Equipment was updated to be personalised, and those fortunate enough to have the extra space transformed these into welcoming, quiet office spaces.

No more loud, open plan offices, designed to fit in as many people as possible. Quiet work could take place that was focused and had meaning. The longer this went on, the more people grew used to the lifestyle. Some even bought houses miles away from the office in cheaper areas – unshackled by the restriction of being in a certain radius of ‘’the office’.

At the same time, there were millions of people who could not work from home who were put on furlough. Many turned their hand to other activities. Some worked on their hobbies – cooking, building, studying.

It was effectively a time to re-invent and reevaluate. Those who never quite found the time to do this were either forced to make a leap or finally had the time to do so. New opportunities arose due to our changing lifestyles.

And for those that worked in healthcare, teaching or retail had the opposite experience – stretched and stressed. A huge reliance to turn up daily and deal with more stress in what were already demanding, and often underpaid, sectors left those questioning their careers.

What is the new normal?

As the pandemic wound up, there were rumblings about what would be ‘the new normal’ when people were expected back in the office and for those that had been working in taxing professions. It was clear the longer homeworking went on, there was demand for it to stay.

Firms that had previously offered homeworking as an exception now had to decide whether they would stick or twist. Many decided to offer ‘hybrid’ working – a mix of home and office working. And some decided to leave it up to employees including big corporations such as Spotify, Nationwide, Aviva and many more.

How to retain talent in the big quit

All this was done for one main reason: retaining talent. Those in lower paid jobs, who had meagre pay rises coupled with rising living costs, felt fed up. And those in roles where talents were in demand were casting their eyes around. Why would you stay with an employer who dictated how work should be done against a competitor who left it to you – if it produced the same result? The Great Resignation was under way.

Forward-thinking firms were already putting together ideas and packages to keep the talent they had and to attract those that were getting restless. Which asks the question – what do employees want, and how can we retain them?

Dr Kirsten Ferguson notes that employees want to ‘find more meaning and purpose in their work, and an organisation that is a match for their wants and needs’.

Meaning and purpose can be boiled down to trusting individuals to make the choice they feel is best for them and their business, and rewarding them for this. This can mean letting them decide how or where they can work – giving them flexibility to work around school runs or moving hundreds of miles away from an office where they can afford a property that matches their needs.

Rewarding employees can also play a massive part in creating a good match. In many organisations pay can be a contentious issue. Employees are moving roles more often as part of The Great Resignation, usually for more pay and a better work-life balance.

They know that a 1% annual rise is no longer good enough and want to be compensated fairly – especially where organisations have recorded record revenues and CEOs have paid themselves bumper salaries. Some companies have already taken the initiative and increased pay across the board, with transparent guidelines on how staff can earn pay rises and bonuses for a job well done.

Aside from pay and choice, a work-life balance is considered more important than ever. Good annual leave (and knowing they won’t be bothered while on leave!) is key for people to recharge and come back energised after a stressful few years.

Add in extra perks if coming back to the office. Why would someone want to come back to the ‘old office’ if it’s a step down from working home? Companies have now built gyms, upgraded their canteens to provide free food, even in some cases providing on-site childcare. If companies want the office to continue to be an important hub, they need to entice workers to want to be there and see it as ‘better’ than home working.

The key thing is asking and communicating. What differs between older and younger workers and their needs? Younger people may be concerned with being able to afford property and often start on smaller wages compared to their established, older counterparts who may be mortgage free.

They may not have the money to afford somewhere to live with rising rents in ‘in-demand’ areas where offices are based – coupled with rising commuting costs. Those who are slightly older may worry about childcare and opportunities to progress. If progression isn’t possible, pay rises can be offered for a ‘job well done’ in current roles, giving them the motivation for something to work towards.

Everyone’s needs are different and varied – and so employers need to work to find what motivates workers and how to keep them happy – because if you don’t, your competitors will. And those who stand still, get left behind.

Giving staff access to a comprehensive package of employee benefits is another key way to help with staff attraction and retention, and keep The Great Resignation from your door.

It’s been proven that staff tend to use four or more benefits, so it’s worth offering a broad selection of benefits and rewards.

Take a look at the full range of employee benefits we offer here.

Our research shows that businesses that offer employee benefit schemes make savings for every £1 that they spend on benefits. So offering these rewards helps staff, is good for your business, and saves you money too. Find out more by getting in touch with us today.

At Enjoy Benefits, we have great experience in helping companies of all sizes introduce benefits that are suitable for their workplace.

Benefits are easy to set up and ongoing administration is then run through a hub, allowing employees to manage their own benefits while the employer can see which benefits are proving popular and what level of take-up each has had.

Page load link
Manage Cookie Consent
To provide the best experiences, we use technologies like cookies to store and/or access device information. Consenting to these technologies will allow us to process data such as browsing behaviour or unique IDs on this site. Not consenting or withdrawing consent, may adversely affect certain features and functions.
Manage options Manage services Manage vendors Read more about these purposes
View preferences
{title} {title} {title}

Ready to start working with us?


Register here to make a start
Go to Top